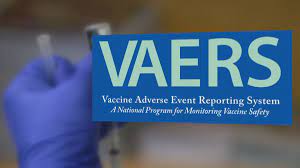 The case was reported in the Vaccine Adverse Event Reporting System (VAERS), only to later be removed by the U.S. Centers for Disease Control and Prevention (CDC).

Since only children between the ages of five and 11 are "authorized" to receive a Chinese Virus injection from Pfizer, Great Game India wanted to know why a two-year-old baby received it, calling on the CDC to fully investigate the situation. Instead, the CDC ignored the request and proceeded to remove the VAERS entry without explanation.

News started to spread and many were calling on the CDC to take action, seeing as how it is supposed to act in the best interests of public health. Since the CDC is actually a private corporation that works for Big Pharma, however, nothing was done and the girl's death was quickly scrubbed from the government database.