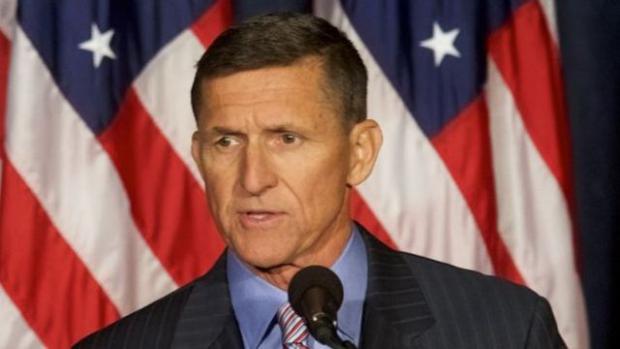 "For all the fake news 'journalists': Let me be VERY CLEAR — There is NO reason whatsoever for any coup in America, and I do not and have not at any time called for any action of that sort. Any reporting of any other belief by me is a boldface fabrication based on twisted reporting at a lively panel at a conference of Patriotic Americans who love this country, just as I do. I am no stranger to media manipulating my words and therefore let me repeat my response to a question asked at the conference: There is no reason it (a coup) should happen here (in America)," said Flynn in a Monday statement on Parler.

Flynn attorney Sidney Powell backed him, saying that Flynn does not endorse "any act of violence or any military insurrection," and that his comments had been "grossly distorted," per CNN.

Former Trump National Security Adviser Micheal Flynn made an off-the-cuff statement over the weekend that a Myanmar-like military coup not only could happen, but "should happen" in the US.

Speaking at the Dallas "For God & Country Patriot Roundup," branded by Business Insider and MarketWatch as a "QAnon conference" (because a quilt with a "Q" on it was auctioned off at the event), Flynn was asked during a Q&A session "I want to know why what happened in Myanmar can't happen here?"

To which Flynn - who spent 33 years as an Army intelligence officer - replied: "No reason. I mean, it should happen."