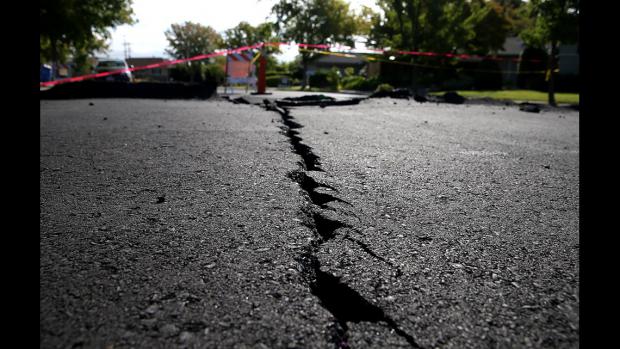 "This summer I have felt two of the strongest I've ever felt," said Lynn Thompson, who was among those shaken by the most recent series of earthquakes near her Tahoe home. "We're rocking and rolling up here."

For Laura Bozzio, it served as an adrenaline rush.

"My heart was pumping," said Bozzio, who watched the aftershocks roll through the region. "We saw ripples on the lake, little ripples, but there were no boats."

Many in the Tahoe area were wondering what's next?

"Hm – I wonder if that's going to be the foreshock, right?," asked Graham Kent, Director of the Nevada Seismological Lab.

He knows it's the question that's got everyone rumbling.

The recent influx of quakes in the region, including one in Truckee just weeks ago, has his attention. Though he says the series isn't necessarily abnormal, and he's not worried yet.

Tahoe sits on major fault lines more than a thousand years overdue to rupture, but he says his concern will come when the magnitude hits above 5.

"The bigger the foreshock, the more likely it is to trigger one overdue," Kent said.

A huge shake could even lead to a Tahoe tsunami, but he says for now – it's still highly unlikely. But in the event of something major, Kent recommends not wasting any time getting away from the water.

Whenever the big one hits, Kent believes it could be felt for miles.

"It will do more damage than people realize in the greater Sacramento region," Kent said.