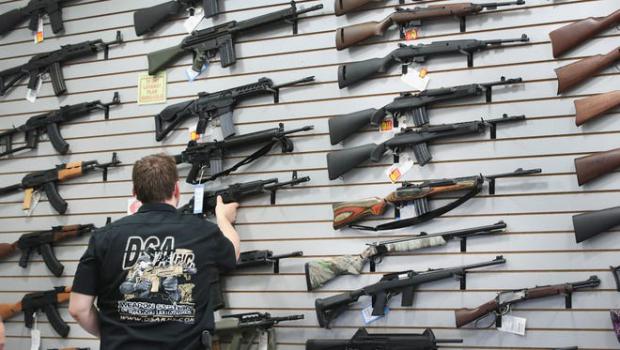 But beneath the timeworn political cycle on guns in the United States, the country's appetite for firearms has only been increasing, with more being bought by more Americans than ever before.

While gun sales have been climbing for decades — they often spike in election years and after high-profile crimes — Americans have been on an unusual, prolonged buying spree fueled by the coronavirus pandemic, the protests last summer and the fears they both stoked.

In March last year, federal background checks, a rough proxy for purchases, topped one million in a week for the first time since the government began tracking them in 1998. And the buying continued, through the protests in the summer and the election in the fall, until a week this spring broke the record with 1.2 million background checks.

"There was a surge in purchasing unlike anything we've ever seen," said Dr. Garen J. Wintemute, a gun researcher at the University of California, Davis. "Usually it slows down. But this just kept going."

Not only were people who already had guns buying more, but people who had never owned one were buying them too. New preliminary data from Northeastern University and the Harvard Injury Control Research Center show that about a fifth of all Americans who bought guns last year were first-time gun owners. And the data, which has not been previously released, showed that new owners were less likely than usual to be male and white. Half were women, a fifth were Black and a fifth were Hispanic.