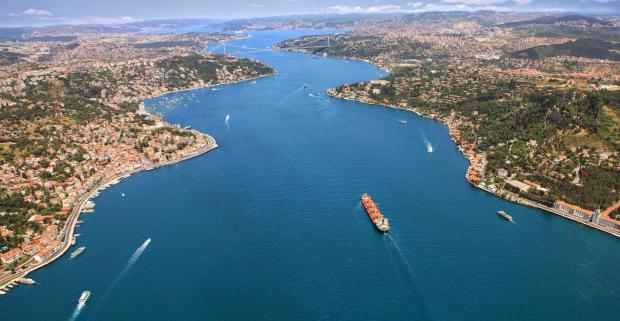 The vessel veered off course in the Bosphorus Strait, a narrow waterway that divides the city of Istanbul and connects the Black Sea and the Mediterranean Sea.

The crude oil tanker RAVA disrupted vessel activity for three hours Friday as tugboats had to intervene and prevented the vessel from plowing into the shoreline of Istanbul's Yenikoy district. The entire operation took eight tugs and five other vessels. The straight was reopened later in the day.

"The tanker was towed from the Bosphorus and delivered to an anchorage," the directorate said. "Movement on the Bosphorus is reopened."

Here's a video of the paralyzed 249-meter-long oil tanker.

At its narrowest point, the waterway is 700 meters wide. The temporary suspension of traffic in the Strait conjured up fears of the Suez Canal blockage in late March. Bosphorus is a strategic chokepoint and represents a substantial geopolitical risk if extended closure were to happen because its critical to global trade between Asia and Europe.