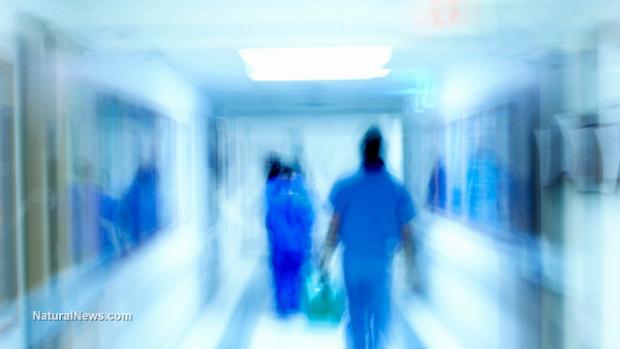 The most relevant call came from someone I did not know, and whose number did not appear on my phone. It was sheer chance that I even answered it. As I explain in my Situation Update podcast below, this person identified himself as a supporter of my site and said he works for the federal government. What gave his claim credibility was the fact that he knew my number and he was able to initiate the call from a source that did not reveal his phone number to me.

He said he became aware of my article calling for war crimes tribunals against vaccine researchers, and he warned me that this is exactly the kind of article the deep state is hoping to see published because they are planning to carry out a false flag violent attack to blame "anti-vaxxers" and gun owners.

He urged me to take down the article and podcast immediately, which I was actually already in the process of doing because of previous phone calls and previous conversations with other people that I won't get into. Importantly, he explained more…

Granted, I don't know this person, so I can't say for sure whether he was a white hat, or a black hat pretending to be a white hat. But I'll share with you what he said and you can make up your own mind.

First, he said that the false flag operation is perhaps just weeks away. He explained that the ATF, with Chipman to be in charge, will be ready to move against AR-15 rifles, and they need a big "event" to achieve that. At the same time, the vaccine industry is desperate to find a way to criminalize and shut down all anti-vaxxer content online, since banning it on Facebook, Twitter and YouTube still hasn't been as effective as they hoped. So they figure they can "kill two birds with one stone" and stage a violent false flag attack of some type that will depict anti-vaxxers as violent gun owners pursuing murder and mayhem. With the obedient media ready to push whatever narrative they're handed, this story can be told with tremendous effectiveness, resulting in a nationwide outcry to criminalize and shut down both "anti-vaxxer" speech and to confiscate all AR-15s nationwide.