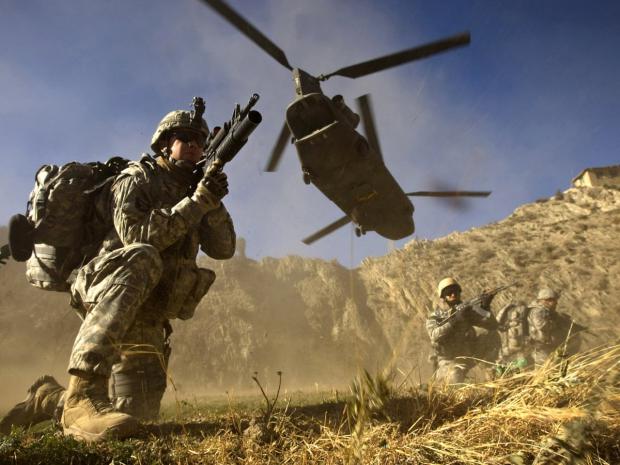 Former President George W. Bush is bewailing President Joe Biden's plan to withdraw all U.S. troops from Afghanistan. Bush told Fox News last week, "I'm also deeply concerned about the sacrifices of our soldiers, and our intelligence community, will be forgotten," after the war ends. Unfortunately, the vast majority of the American media has already forgotten how Bush's lies turned U.S. intervention in Afghanistan into a quagmire that pointlessly killed and maimed thousands of American soldiers.

After Al Qaeda hijacked four airplanes on September 11, 2001, wreaking death and destruction in New York and Washington, it was inevitable that the U.S. military would respond. But rather than targeting Al Qaeda and Osama Bin Laden, Bush chose to conquer Afghanistan and seek to rebuild it as some type of female-friendly utopia. While the Bush White House boasted of liberating the downtrodden Afghan people, Bush's military geniuses let Bin Laden and other Al Qaeda leaders escape at Tora Bora.

Brazen lies permeated Bush's efforts from the start. In his State of the Union address on January 29, 2002, Bush frightened Americans with a bogus nuclear threat: "Our discoveries in Afghanistan confirmed our worst fears. . . . We have found diagrams of American nuclear power plants and public water facilities" in caves used by Al Qaeda. Senior CIA and FBI officials followed up with "background" briefings to the media, revving up the threat that Afghan-based Al Qaeda fighters were targeting U.S. nuclear power facilities. This made the terrorist threat far more ominous and spurred support for Bush's preemptive war policy against Iraq.

Two years later, Bush administration officials admitted that the president's statement was completely false and that no nuclear power plant diagrams had been discovered in Afghanistan. Nuclear Regulatory Commissioner Edward McGaffigan, who had testified in 2002 on this falsehood at closed hearings on Capitol Hill, commented that Bush was "poorly served by a speechwriter." This was a farce—as if the deceit stemmed from some speechwriter's poetic fancy—as opposed to the conniving of a phalanx of high-ranking officials and the complicity of George W. Bush. Bush's lies on a nuclear threat from Afghanistan paved the way to his far more destructive lies regarding Iraqi chemical and biological weapons in his 2003 State of the Union address.

After 20 Years and over $2.26 Trillion, the US Has Lost Its Longest War in Afghanistan