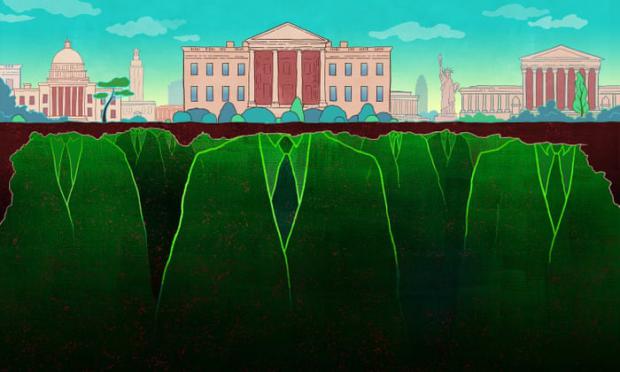 Reporters joke that the easiest job in Washington is CIA spokesman. You need only listen carefully to questions, say, "No comment," and head to happy hour. The joke, however, is on us. The reporters pretend to see only one side of the CIA, the passive hiding of information. They meanwhile profit from the other side of the equation, active information operations designed to influence events in America. It is 2021 and the CIA is running an op against the American people.

Leon Panetta, once director of CIA, explained bluntly that the agency influenced foreign media outlets ahead of elections in order to "change attitudes within the country." The method was to "acquire media within a country or within a region that could very well be used for being able to deliver a specific message or work to influence those that may own elements of the media to be able to cooperate, work with you in delivering that message." The CIA has been running such ops to influence foreign elections continuously since the end of WWII.

The goal is to control information as a tool of influence. Sometimes the control is very direct, operating the media outlet yourself. The problem is this is easily exposed, destroying credibility.

A more effective strategy is to become a source for legitimate media such that your (dis)information inherits their credibility. Most effective is when one CIA plant is the initial source while a second CIA plant acts seemingly independently as a confirming source. You can push information to the mainstream media, who can then "independently" confirm it, sometimes unknowingly, through your secondary agents. You can basically write tomorrow's headlines.