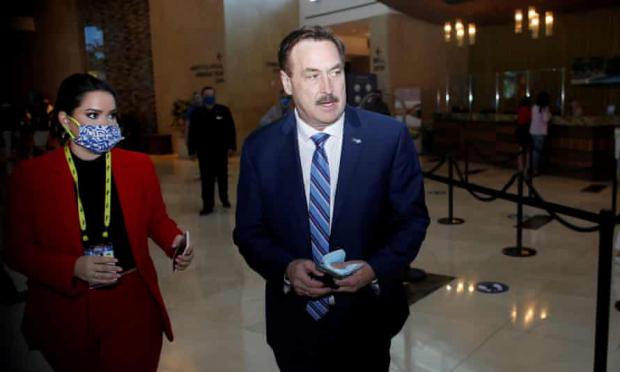 Mike Lindell was thrown out of the Republican Governors Association (RGA) spring conference in Nashville, Tennessee on Tuesday after vowing in an interview earlier that day to confront governors about the 2020 election.

The MyPillow CEO, close Trump ally and staunch advocate for overturning the presidential election result told Politico that minutes after he collected his credentials at the lobby of the JW Marriott Hotel, the event coordinator turned him away, claiming he wasn't allowed at any RGA events.

An RGA official clarified to Politico that Lindell attempted to join RGA member transportation for a dinner at the Tennessee Governor's Mansion.

'These events are for RGA members, and Mike Lindell is not currently an RGA member,' the official said.

Lindell also said he was invited to the conference and shared a screenshot of a calendar event headlined 'RGA – Nashville Meeting' with the attachment 'Nashville Agenda.pdf.' He also shared revealed documents labeled at the bottom with 'CONFIDENTIAL', which included the schedule for the three-day RGA conference.