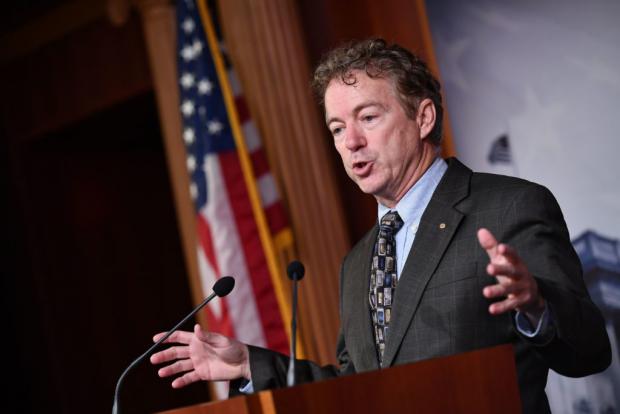 Speaking on the Senate floor Tuesday, Sen. Rand Paul (R-KY) promoted an amendment banning the use of American tax dollars to fund gain-of-function research in China.

"We may never know whether the pandemic arose from the lab in Wuhan, but we do know that so far no intermediate animal host has been discovered," Paul said. "Thousands of animals at the wet market have been looked at, none of them have carried COVID-19. We've tried to infect COVID-19 into bats, it doesn't grow well in bats. It seems most adapted and suitable for humans."

Paul continued, "We may not know whether this rose out of a Wuhan lab, but I think gain-of-function research — where we take a deadly virus, sometimes much more deadly than COVID, and then we increase its transmissibility to mammals — is wrong. In 2014, NIH stopped all of this research. I'm using the same definition to say any gain-of-function research should not be funded in China with U.S. taxpayer dollars, and I recommend a yes vote."

Paul's amendment, Senate Amendment 2003, was added to the Endless Frontier Act which bans Fauci's National Institutes of Health (NIH) and other U.S. agencies from funding any gain-of-function research in China.

After Paul's amendment passed with a unanimous vote, several senators erupted with cheers.

SENATE: The Senate chamber erupts into cheers after an amendment proposed by @RandPaul that bans US funding of gain-of-function research in China is passed by unanimous voice vote pic.twitter.com/8fQ6hAWpuW