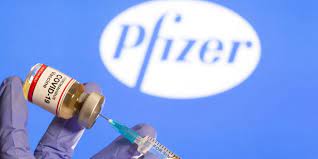 Meanwhile, the jockeying among competing COVID jabmakers has gotten so intense that shadowy social media ad agencies are reportedly offering money to influencers to make posts trashing the Pfizer vaccine.

Apparently, a mysterious social media agency has been going around offering French social-media "influencers" thousands of dollars to publish posts claiming that the Pfizer COVID-19 vaccine is "dangerous".

According to RT, the French minister of health has spoken out against a campaign reportedly offering French influencers €2,000 to criticize the Pfizer COVID-19 vaccine as dangerous or "lousy." The ministry says it's "following the events closely."

Speaking to reporters on Tuesday, Health Minister Olivier Veran said he and his ministry hadn't identified the origins of the campaign which sought to damage Pfizer's reputation. However, "I do not know if it comes from France or from abroad," he noted.

"It's lousy, it's dangerous, it's irresponsible and it doesn't work," he stated, adding that he was confident the French people are unlikely to be "diverted" by some negative adds. He claimed that the majority of French people want the vaccine as soon as possible. Veran's comments come after several influencers said on Monday that they had been contacted by a mysterious agency called 'Fazze' which describes itself as an 'influencer marketing platform'.