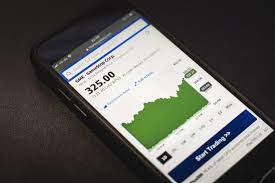 Scrolling through the portal, one discovers a console that resembles a GameBoy from the 1990s that has three powerful statements:

Power to the players.

Power to the creators.

Power to the collectors

The announcement comes as NFT mania has likely transformed into the next crypto bubble. Signs of excess have been spotted in NFTs for digital art going for millions of dollars.

Even Ebay wants to get into the action...

Details are scant about what Gamestop will conjure up. However, back in April, the company revealed it was seeking a security analyst with a background in blockchain, cryptocurrency, and NFTs.

Gamestop is the first "meme stock" that Reddit traders steamrolled hedge funds who were heavily short the stock. Shares in the company surged hundreds of percent to nearly $500 on Jan. 28. but have since slumped. In recent sessions, shares have perked up, and as of Wednesday, shares were up more than 12%, trading around $234.