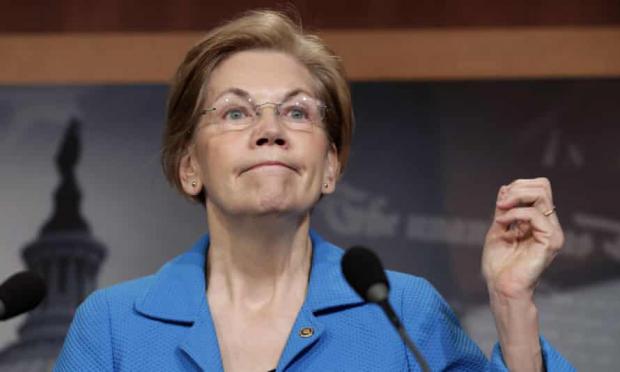 New legislation proposed by Sen. Elizabeth Warren (D-MA) would supercharge the IRS's ability to catch wealthy tax cheats, as well as "do more to focus on racial and income inequities in the IRS enforcement process," according to Bloomberg

Warren's legislation would allocate a fixed, annual $31.5 billion to the Internal Revenue Service, up from the $11.9 billion allocated by Congress for 2021 - and significantly higher than the $80 billion cash infusion over a decade featured in President Biden's "American Families Plan."

"Strengthening the IRS's ability to go after wealthy tax cheats will not only require more funding, but more stable funding," Warren wrote in a summary of the legislation released Monday.

"Mandatory funding would provide funding on an ongoing basis, ensuring that the IRS budget is steady, predictable, and sustained -- money that lobbyists can't easily strip away."

The bill would also:

Require audits to be shifted to high-income individuals, and analyze 'racial disparities in their enforcement activities'

Increase penalties for underpayment for those earning at least $2 million

Improve taxpayer customer service, as roughly 2% of the calls to the IRS's tax return help line were answered this spring

Require an annual report on the 'tax gap' - the difference between taxes owed and taxes actually collected. This is currently reported 'every few years,' with the latest estimate at $381 billion between 2011-2013