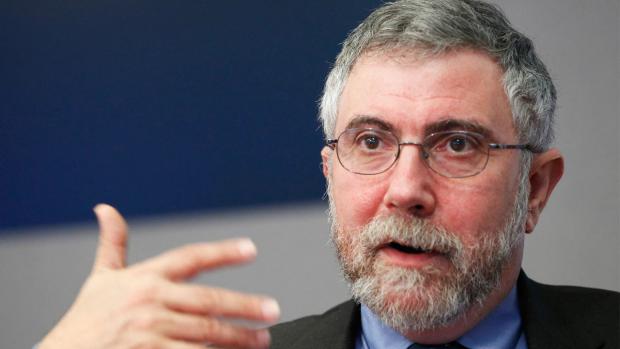 "The growth of the Internet will slow drastically, as the flaw in 'Metcalfe's law' becomes apparent: most people have nothing to say to each other! By 2005, it will become clear that the Internet's impact on the economy has been no greater than the fax machine,"

- Paul Krugman, slamming the internet in 1998

"Bitcoin isn't a new innovation; it's been around since 2009, and in all that time nobody seems to have found any good legal use for it. It's not a convenient medium of exchange; it's not a stable store of value; it's definitely not a unit of account"
- Paul Krugman tweeting to his 4.6 million internet followers (via Twitter), with bitcoin up 6,000% since 2013

"Technology based on the use of highly polluting fossil fuels needs to be replaced without delay. There is reason to hope that humanity at the dawn of the 21st century will be remembered for having generously shouldered its grave responsibilities," tweeted Pope Francis, condemning Bitcoin and its heretical offspring, sparking another burst of panic selling.