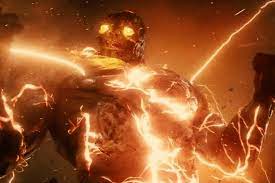 I also expect the Great Reset unleashes chaotic forces no one can control.

Honestly, it's already done so. Look around the headlines today and you can see all the strings pulled by Klaus Schwab and the World Economic Forum but you can also see the uncontrolled events which reverberate as consequences.

I think the little conflict between Israel and Hamas, soon-to-be Hezbollah, qualifies, so does the growing protests against 'vaccine passports' over a virus that just replaced the flu in its actual effects.

Alistair Crooke recently pointed this out in a piece titled "The Tightening Circle of Replacement Politics."

One wing to this 'bird' is evident in a powerful and (controversial) monologue delivered by Tucker Carlson, a leading (conservative) American political commentator, that is devoted to explaining just why one U.S. party is importing a new electorate to dilute, and replace, the existing U.S. electorate – and has been doing so for a decades. It is the dominating impulse within U.S. politics, Carlson avers; It is 'replacement politics'.

Replacement politics is nothing new. Obama used zip code targeting to flood Minneapolis with Somalis. Now they are represented by one in Congress while the city has been ground zero for the abdication of responsibility by local government at the direction of the WEF.