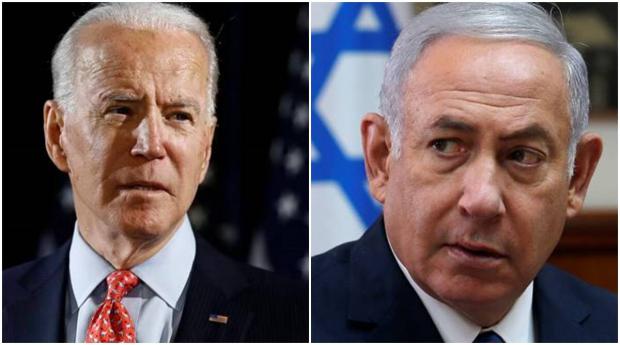 As it turns out, Netanyahu had good reason to hold them in contempt as he "maneuvered" around them to ensure unstinting American support for status-quo Israeli domination of the Palestinians.

How about now? Will he see President Biden as a wimp, with Biden's mealy-mouthed comment to Netanyahu earlier today that Biden "expects to see a significant de-escalation today on the path to a ceasefire" in Gaza.

If past is precedent, Netanyahu's likely response will be a half-polite, "Joe, please take that and shove it … and oh, by the way, I meant to thank you for your proposed sale of $735 million-worth of smart bombs a couple of weeks ago. It came at just the right time for me."

You readers will be quick to point out, Netanyahu could not survive, were the US to stop its misconceived, lemming-like, unprecedentedly generous support for Israel. And you would be correct. Still, the odds are against anything more effective than pious calls for steps "on the path to a ceasefire", until Israeli forces accomplish what the Israelis now admit they have long planned to achieve in Gaza.

Netanyahu thought the camera/sound was off 20 years ago, when he spoke with unspeakable candor to a small private group, explaining, "America is a thing that can be easily moved … moved in the right direction. They [Americans] will not bother us."