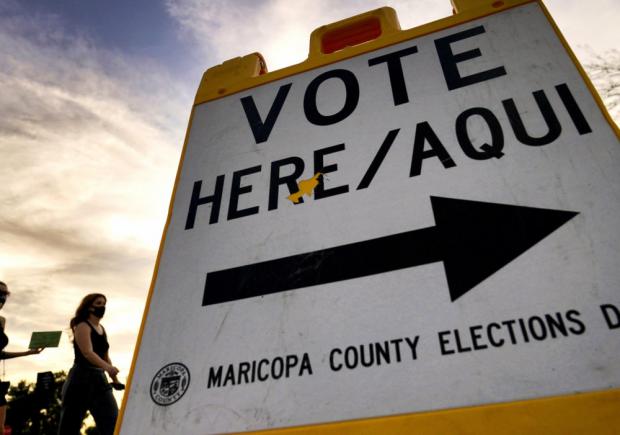 I live in possibly the most corrupt county in the US. However, this level of corruption is shared by similiar counties around the country. Our situtaion is not unique and yet, we do nothing. I am going to highlight two events to show how corrupt the top Maricopa County officials are.

Two years ago in 2019, I was watching the media in Arizona cover a story regarding the selling of babies from mothers who were brought from the Marshall Islands by an Arizona public servant. Maricopa County Assessor Paul Petersen was arrested on charges of running an illegal international adoption scheme in three states. Petersen was facing 62 criminal charges for bringing pregnant women from the Marshall Islands to Arizona to give birth and then selling their babies in Utah, Arizona and Arkansas.

The women were kept in homes in the East Valley of Phoenix until they gave birth and the babies were sold to would-be-parents. None of the news reports touched upon several critical issues. How does a public servant, making $70,000 per year afford "bondage houses" and transport and delivery servies fro a foreign land? How did the mothers get to the United States from the Marshall Islands? Who was paying for the homes that the mothers were staying in until they gave birth? Who was paying for the medical services to deliver these children? Where would this "public servant" find medical staff competent enough to deliver the children, but criminal enough to participate in what they had to know was a massive international crime ring? Further, how did one public servant with a middle income salary pull this off by himself? Paul Peterson, according to the FBI, local authorities and the local media has no accomplices. This story, on its face is not even believable. In fact, what we have here is a Jeffrey Epstein operation which is probably connected to the Clinton Foundation and this case has complete been missed by the CPS of Arizona. And where was Democratic Sheriff Paul Penzone, a co-conspirator in the coverup of Maricopa County Election fraud and why wasn't his law enforcement organization at the forefront of investigation this international organization that clearly went beyond the fall guy of its discovery and failure. But wait it gets worse.