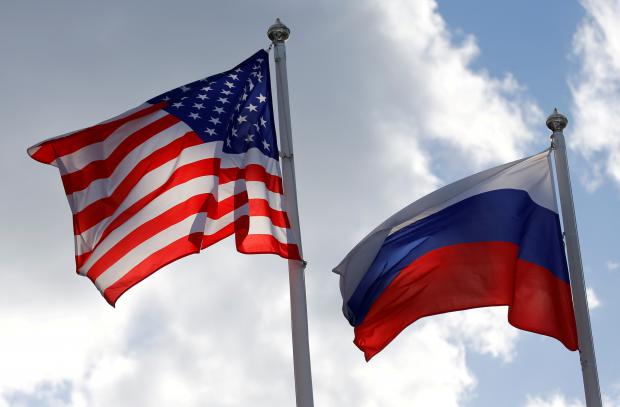 This once-exciting script was excavated from the CIA's Cold War basement, dusted off by their operatives, and then kicked off by the intelligence community's purposeful dissemination of the now-debunked Steele Dossier. And once this fairy tale was launched, there were seemingly no limits on the depths to which media figures would sink to promote it.

Journalists published best-selling books and column after column hyping this melodrama of international intrigue. In what was just one of many low points, MSNBC's host Chris Hayes earnestly interviewed New York Magazine's Jonathan Chait about the latter's 2018 cover story speculating that Trump may have been groomed as a Russian intelligence asset since 1987. "Unlikely but possible" declared the on-screen cable graphic as Hayes spoke, summarizing the media's Trump-era renunciation of all standards of rationality and evidence for disseminating unhinged conspiracies to their audience, at great profit for themselves but great harm to everything and everyone else.

In the world of reality, the exact opposite was happening. When it came to actual vital Russian interests — as opposed to the symbolic gestures hyped by the liberal cable and op-ed page circus — Trump and his administration were confronting and undermining the Kremlin in ways Trump's predecessor, Barack Obama, had, to his credit, steadfastly refused to do.

Indeed, the foreign policy trait relentlessly attributed to Trump in support of the media's Cold War conspiracy theory — namely, an aversion to confronting Putin — was, in reality, an overarching and explicit belief of President Obama's foreign policy, not President Trump's. During the 2012 presidential election, Obama and the Democratic Party famously and repeatedly mocked GOP nominee Mitt Romney's warnings about the threat posed by Russia as a "relic of the Cold War."

Consistent with that view, Obama rejected bipartisan demands to send lethal weapons to Ukraine throughout 2015 and into 2016. Even when Russia reasserted control over Crimea in 2014 after citizens overwhelmingly approved it in a referendum, Obama did little more than impose some toothless sanctions (though he did preside over, if not engineer, regime change efforts in Ukraine that swept out the pro-Moscow leader and replaced him with a pro-U.S. lackey). Obama worked directly with Putin to forge an agreement with Russia's allies in Tehran to lift sanctions against Iran and bring them back into the international community, and then publicly praised the Russian leader for the constructive role he played in orchestrating that agreement.