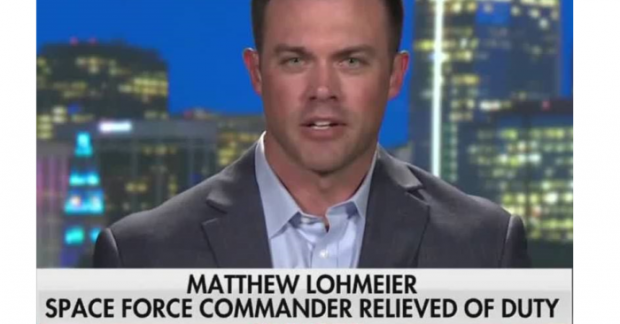 Lt. Col. Matthew Lohmeier was briefly reassigned after appearing on a podcast to promote his book, "Irresistible Revolution: Marxism's Goal of Conquest & the Unmaking of the American Military," claiming that a "neo-Marxist agenda have corrupted the military."

A Space Force representative explained to the media, "This decision was based on public comments made by Lt. Col. Lohmeier in a recent podcast" and that "Lt Gen. (Stephen) Whiting has initiated a command directed investigation on whether these comments constitute prohibited partisan political activity."

Lohmeier told podcast host L. Todd Wood, "The diversity, inclusion and equity industry and the trainings we are receiving in the military… is rooted in critical race theory, which is rooted in Marxism."

He insisted that his book is not partisan but rather a message about the militarization of the army, which he said he had seen firsthand.

After speaking on the conservative podcast "Information Operation," Lohmeier—the 11th Space Warning Squadron commander at Buckley Air Force Base in Colorado—found himself in hot water.