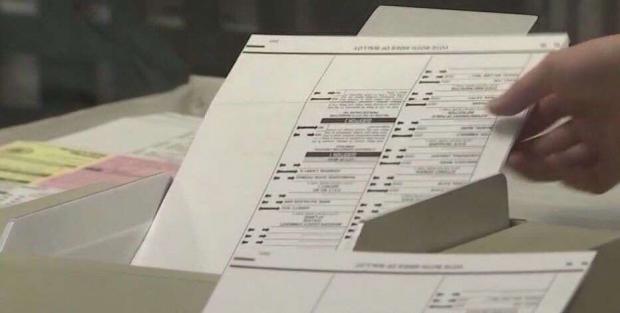 On May 5, the Justice Department sent a letter to Arizona Senate leader Karen Fann, a Republican, inquiring about the custody of the ballots under review by a group of private contractors, alleging that the group's other processes—including the canvassing of addresses—could be considered "voter intimidation."

"I support that audit," Stefanik said after being asked about it in a Fox Business interview on May 16.

"Transparency is good for the American people. And again, this should be a nonpartisan issue, whether you are Republican, Democrat, independent, or conservative, transparency is important, and the audit was passed by the Arizona state Senate."

Stefanik later said that the "Biden Department of Justice is trying to block that audit," which, she said, "is unconstitutional from my perspective."

"Our states, constitutionally, are responsible for writing states' constitution law," she said.

Fann replied that the plan by election auditors to verify the validity of certain voters had been placed on hold.

"If and to the extent the Senate subsequently decides that canvassing is necessary to the successful completion of the audit, its vendor will implement detailed requirements to ensure that the canvassing is conducted in a manner that complies fully with the commands of the United States Constitution and federal and state civil rights laws," Fann wrote earlier this month.