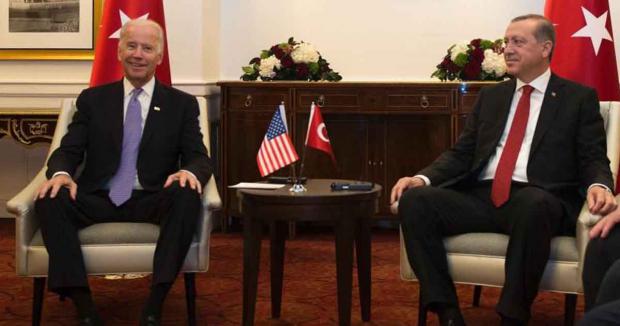 And even more than this Turkey is outraged over new reports that Biden approved a $735 million dollar weapons sale from the United States to Israel.

"You are writing history with your bloody hands," Erdogan said in remarks addressed to President Biden. The stinging rebuke came after a meeting with this cabinet over the continuing Gaza crisis. Turkey has long been a staunch supporter of Palestinian rights, though Erdogan's rule has in recent years seen relations with Israel reach a low-point given the hardline Islamist leanings of his Justice and Development Party. The Hill reports of the massive US weapons sale to Israel that "A majority of the possible sale is of Boeing-made Joint Direct Attack Munitions, equipment that can make unguided bombs dropped from aircraft into guided missiles, the aide confirmed."

"The window for Congress to block this sale is for all intents and purposes closed," The Hill wrote, also noting outrage among a handful of Democrat progressives.

Following a meeting with his Cabinet, Erdogan issued a rebuke to the U.S. president, saying:

"Now, unfortunately, you (Biden) are writing history with your bloody hands with this event (in which) Gaza is being attacked with seriously disproportionate force causing the martyrdom of thousands of people. You have forced us to say this."

And specifically on the new reports of Biden-approved weapons sales to the Jewish state, Erdogan scolded further:

"Today we saw Biden's signature on weapons sales to Israel," Erdogan said in reference to US media reports of a new arms shipment approved by the Biden administration.

"Palestinian territories are awash with persecution, suffering and blood, like many other territories that lost the peace with the end of the Ottomans. And you are supporting that," Erdogan said.