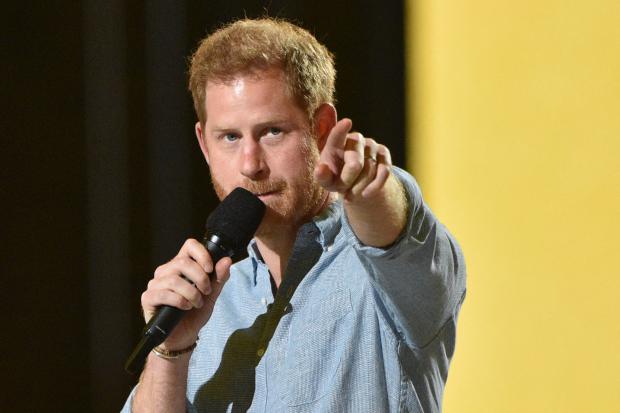 The media went into a frenzy this weekend when the bonny Prince Harry gave a huge Hurrumpf to the First Amendment. On a show appropriately called "the Armchair Expert," Harry declared the First Amendment "bonkers" and expressed frustration of how it protects the media in its "feeding frenzy" over his life. Harry's criticism of the First Amendment can be dismissed as the unfamiliarity of a royal refugee. However, it is actually far more serious than that. Harry and his American wife Meghan Markle have attacked media rights in England and succeeded under the laws of the United Kingdom. They are now joining a growing anti-free speech and free press movement in the United States.

It was not a surprise for many to hear Harry lash out at the First Amendment. After all, Harry and Meghan are so woke, they are virtual insomniacs.

However, that is the point. The First Amendment no longer holds the inviolate position it once did with the left.

Indeed, the First Amendment is now often treated as a danger than a guarantee to a fair and just society. Experts have explained how to evade its limitations to silence others. They have found precisely what Harry discussed in the interview when he noted "you can find a loophole in anything."

Democratic leaders now openly call for corporate censorship and banning of books and authors. Academics now join in the cancelling of colleagues who express dissenting views of subjects ranging from climate change to gender identification to racial justice. Thus, it is not as risky for the Harry to declare "I've got so much I want to say about the First Amendment as I sort of understand it, but it is bonkers." Rather, millions are likely to wait in rapt anticipation to hear more of what Prince Harry will say about correcting our Constitution.