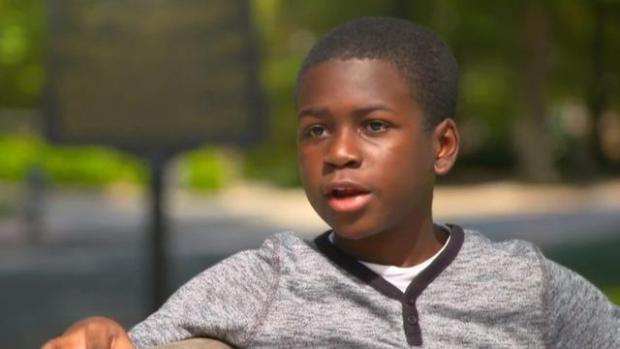 But the difference is that Caleb is already on his way to getting his aerospace engineering degree in as little as two years. An incredible feat for anyone to say the least, but more so for a boy that's not even in his teens.

Caleb told NPR, "I'm fascinated that there's another world beyond ours. There's another place. There's a better place." Caleb, who happens to be a sophomore in college, and his family live in Marietta, Georgia. He goes to school at Chattahoochee Technical College and just a few of his subjects include macroeconomics, humanities, U.S. history, and calculus, of course. He's in a dual program at the school that allows him to get his high school credits, while at the same time, work towards his associate degree.

His dream for the future is to work for Tesla owner Elon Musk, hoping that he'll get an internship in Musk's company, SpaceX. Caleb said, "When I was like one, I always wanted to go to space. I figured that aerospace engineering would be the best path."

Caleb shares about his chosen career, "You have the heroes that go on the rockets and fly up to space. But the aerospace engineers, they have their life in their hands. And I really think it's interesting and amazing that they do that."

Fascinatingly, Caleb's mom, Claire, had noticed at a very young age that he was definitely ahead of most baby milestones. At just 3-weeks old, Caleb would already copy a number of motions that she would do, which prompted her to become certified in sign language so that she could teach it to her infant son.

She shared, "Because I thought though that he wanted to communicate, but he didn't have a [means] or a way to do that. Then he started picking up sign language really fast."