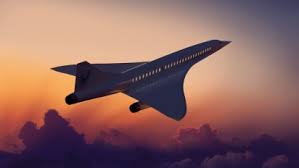 Reviving the supersonic dream that died with Concorde's retirement nearly two decades ago seems, at first, like an outrageous fantasy.

The British-French airliner Concorde, one of only two supersonic jets to have operated commercially, flew from 1969 to 2003 and was ludicrously expensive and an environmental disaster.

But now a fresh bunch of start-ups are working on supersonic and hypersonic projects. Last October frontrunner Boom Supersonic was the first to roll out an actual honest-to-goodness IRL demonstrator aircraft, the XB1.

CNN Travel caught up with its founder and CEO Blake Scholl to talk about Overture, the Mach 2.2 commercial airliner he wants to get in the air by 2026, and the company's ambitious long-term plans.

"Either we fail or we change the world," says Scholl over a video call from Denver, Colorado.