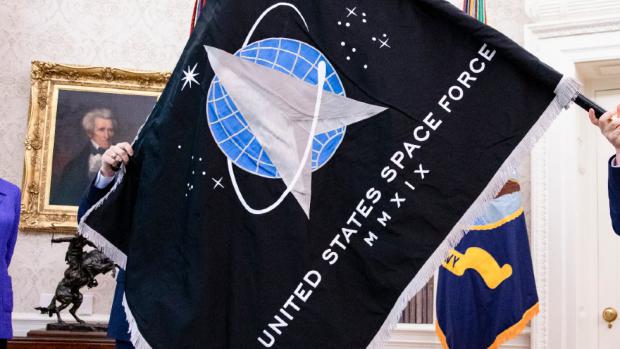 A US Space Force commander was reportedly relieved as commander of the 11th Space Warning Squadron "due to loss of trust and confidence in his ability to lead," after he appeared on a podcast to promote his book which claims that the US military has been infiltrated by a neo-Marxist agenda which is transforming military culture and policy.

"Lt. Gen. Stephen Whiting, Space Operations Command commander, relieved Lt. Col. Matthew Lohmeier of command of the 11th Space Warning Squadron, Buckley Air Force Base, Colorado, May 14, due to loss of trust and confidence in his ability to lead," the Space Force told the Washington Examiner in a statement.

"This decision was based on public comments made by Lt. Col. Lohmeier in a recent podcast. Lt. Gen. Whiting has initiated a Command Directed Investigation (CDI) on whether these comments constituted prohibited partisan political activity."

Lohmeier self-published Irresistible Revolution: Marxism's Goal of Conquest & the Unmaking of the American Military this week. The book, according to the description, explores the "impact of a neo-Marxist agenda" and the manner in which the "Black Lives Matter movement, anti-racism, postmodernism, [and] political correctness" affect the national security of the United States.

Lohmeier said that he had informed his superiors, public affairs staff, and lawyers for the military about the book prior to publication, but it was not subject to a pre-publication review.

Department of Defense Directive 1344.10 prohibits active-duty personnel from engaging in "partisan political activities." Service members are, however, permitted to express their personal opinions on political candidates and issues in their personal capacity and when not in uniform. Lohmeier denied intending to participate in partisan politics. -Washington Examiner