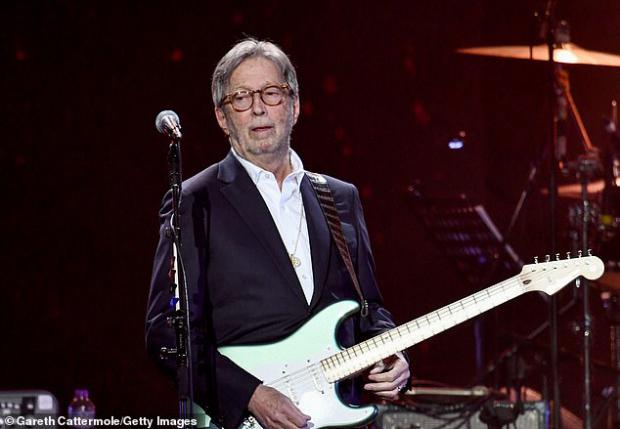 The legendary guitarist, a lockdown sceptic, said his hands and feet became 'useless' – prompting fears he would never play again.

In a message to his music producer, he said: 'I took the first jab of AZ [AstraZeneca] and straight away had severe reactions which lasted ten days.'

He added: 'My hands and feet were either frozen, numb or burning, and pretty much useless for two weeks, I feared I would never play again...

'I should never have gone near the needle.

'But the propaganda said the vaccine was safe for everyone.'

The musician, who has emphysema, ended his email to Italian music mogul Robin Monotti Graziadei, saying: 'I've been a rebel all my life, against tyranny and arrogant authority, which is what we have now.'

Clapton criticised the Government earlier this year in an anti-lockdown song called Stand And Deliver. The song was in collaboration with Van Morrison, who is also a critic of restrictions.