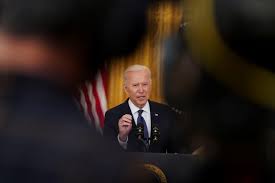 In a note published today by Goldman chief economist Jan Hatzius, observes what is well known, namely that the "much weaker-than-expected job growth and much stronger-than-expected wage growth in last Friday's employment report suggests that the labor market is much tighter than a 6.1% headline unemployment rate suggests" but it is what he says next that insures no Goldman economist will receive an invitation to the White House for the next few years.

According to the bank, the current labor market tightness reflects not any of the trite, general and incorrect reasons spouted by the White House for the record labor shortage, but is a result of "unusually generous unemployment insurance benefits." And in case there is any confusion, here it is again:

The main reason for the current labor market tightness is that that labor demand has recovered quickly—as indicated by the elevated labor differential and high share of firms with hard to fill positions (left chart, Exhibit 1)—while many workers remain out of the labor force due to unusually generous unemployment insurance (UI) benefits and lingering virus-related impediments to working.

As a result, the ratio of unemployed workers searching for a job to job openings has fallen to 1.0 (light blue line; right chart, Exhibit 1)—a level typically associated with tight labor markets.  If all workers who lost their job since the start of the pandemic (including those who have left the labor force) were looking for work, the ratio of job seekers to openings would be 1.7 (dark blue dotted line), a level that corresponded to 5.8%unemployment last cycle.

Hatzius also notes that "generous UI benefits have put upward pressure on wages, particularly for lower-income workers, whose average self-reported reservation wage—the lowest wage they would accept for a new job—has increased by 21% since the fall."

As a result, the Goldman economist says that "the ratio of unemployed workers to job openings has fallen to a level typically associated with tight labor markets, particularly in the low-wage service sectors that face more competition from UI benefits and account for a large number of remaining job losses."