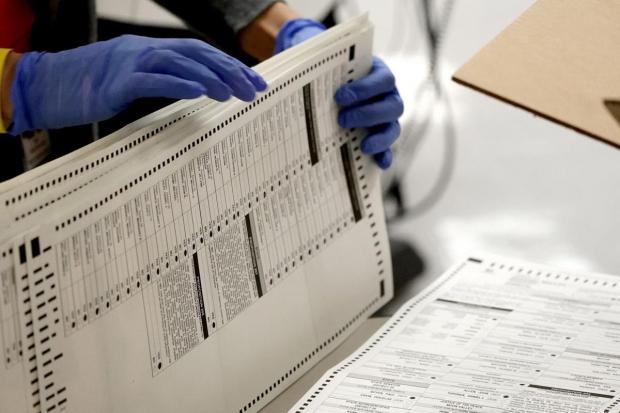 Under that new system of math, or maff, two plus two doesn't equal four, it equals more, five plus five equals a lot more, and 1,672,143 minus X equals don't-bother-me-with-your-racist-numbers.

It'll take some kind of math or maff to unravel the mystery of Arizona's 2020 election results, and the people who run Maricopa County — that is, Phoenix and its suburban asteroid belt, or about 60 percent of the AZ population — don't want that mystery solved. So, they are not responding to a court-ordered subpoena to produce the evidence, namely, the vote tabulation files from their Dominion Systems voting machines, the county's server routers, or the chain-of-custody records of the precinct batches of paper ballots. The county's servers indicate that the folder containing the database of election results was deleted sometime after the election, so the county has no record of the vote. Hmmmm….

By a previous subpoena, the state Senate took possession of 2.1 million ballots and nearly 400 Dominion election machines and turned them over to the company, Cyber Ninjas, hired to do the audit. Problem was, the county didn't hand over the passwords to the Dominion machines. Officials claim they never had the passwords, which suggests that the County Board of Elections never had control over their own elections, for which they are legally responsible. A curious situation, because the county says it conducted a previous examination of its voting machines weeks after the election. How'd they do that without the Dominion passwords?

Maybe the data was not stored on the Dominion machines but booted onto external hard drives, which would be against the rules. Or maybe the Dominion machines were connected to the Internet and information was booted into the Dominion machines from somewhere else on Planet Earth. That would be very very against the rules. If that was so, the log files on the machines would show time-stamps and where the outside information originated. Would that be enough for the State Senate to de-certify the Arizona election results? Or Prompt audits in other states where the outcome is still contested: Georgia, Pennsylvania, Michigan, and Wisconsin?