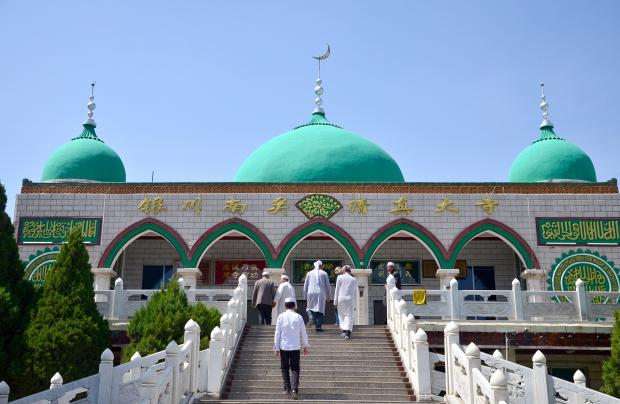 In late April, during the Muslim holy month of Ramadan, two ethnic Uyghur women sat behind a tiny mesh grate, underneath a surveillance camera, inside the compound of what had long been the city's largest place of worship.

Reuters could not establish if the place was currently functioning as a mosque.

Within minutes of reporters arriving, four men in plain clothes showed up and took up positions around the site, locking gates to nearby residential buildings.

The men told the reporters it was illegal to take photos and to leave.

"There's no mosque here ... there has never been a mosque at this site," said one of the men in response to a question from Reuters if there was a mosque inside. He declined to identify himself.

Minarets on the building's four corners, visible in publicly available satellite images in 2019, have gone. A large blue metal box stood where the mosque's central dome had once been. It was not clear if it was a place of worship at the time the satellite images were taken.

In recent months, China has stepped up a campaign on state media and with government-arranged tours to counter the criticism of researchers, rights groups and former Xinjiang residents who say thousands of mosques have been targeted in a crackdown on the region's mostly Muslim Uyghur people.