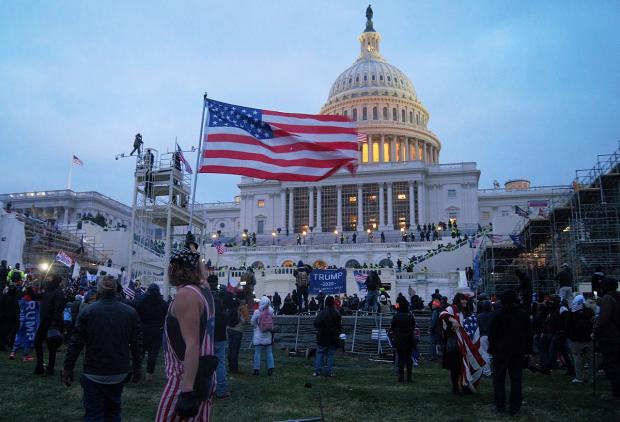 The FBI is breaking down the doors of Iraq War veterans and small business owners who have no criminal records, and some are hauled off to rot in solitary confinement in a fetid D.C. jail, for their involvement in the alleged travesty.

The event, of course, is the roughly four-hour-long disturbance at the U.S. Capitol on January 6. As mostly nonviolent Americans dared to protest Congress' certification of a clearly fraudulent presidential election in a place that once was considered "The People's House," lawmakers scurried for cover as reporters and photographers captured part of the ruckus on video and still shots to wield as political ammunition against Donald Trump and his supporters.

But have we seen a full and fair depiction of exactly what happened that day? The answer, as evidenced by an ongoing coverup by the U.S. Capitol Police and the Justice Department, clearly is no.

Almost all the January 6 video seen by the public isn't from official government sources but by social media users and journalists on the scene. For example, the widely viewed footage of protestors occupying the Senate chamber was recorded by a New Yorker journalist.

But thousands of hours of real-time footage is in the hands of the Capitol Police—and that agency, along with government lawyers and federal judges, is using every legal trick possible to keep the trove hidden from the public even as clips are presented in court as evidence against hundreds of January 6 defendants.

According to an affidavit filed in March by Thomas DiBiase, the Capitol Police department's general counsel, the building is monitored 24/7 by an "extensive system of cameras" positioned both inside and outside the building as well as near other congressional offices on the grounds.