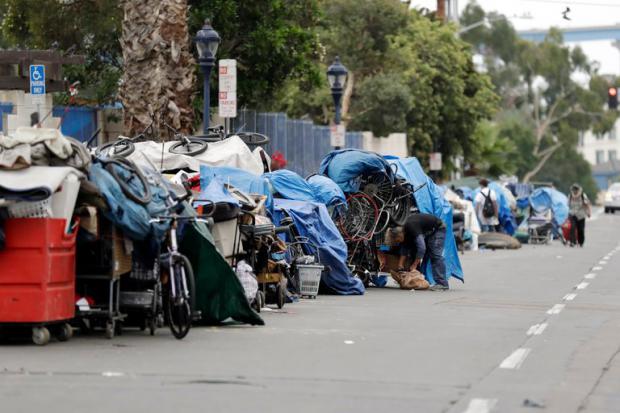 According to the paper, in the first four months of this year there were 24 such blazes a day. Those calls accounted for 54% of all fires responded to by LAFD.

Also on Wednesday, in a message to constituents, Los Angeles Councilman Mike Bonin defended his effort to explore housing homeless people in temporary cabins and camping sites in West Side parks and beach parking lots. Bonin represents much of the city's affluent West Side including Pacific Palisades, Brentwood, Venice, Mar Vista and Westchester.

"These are not encampments. They are an emergency response — an alternative — to encampments, and they are temporary solutions meant to get people off the streets and into homes," Bonin wrote in an email to constituents. A separate post to his web site explaining his actions was titled "The Truth."

Candidates for the Westchester/Playa del Rey Neighborhood Council plan to hold a virtual "Meet the Candidates" event Wednesday night, and some residents plan to speak out against Bonin's proposal, saying it is "permitting homeless to camp in L.A.'s parks where children go," according to an email by Westchester resident Erik Laykin.

Laykin founded Homeless Help America, an organization that advocates for relocating all of the country's homeless population into mass camps of 50,000 people each in six states.

Bonin responded Wednesday that his motion is an attempt to move unhoused residents out of parks and beaches and into designated camping and cabin areas in a portion of some parks and county-owned parking lots.