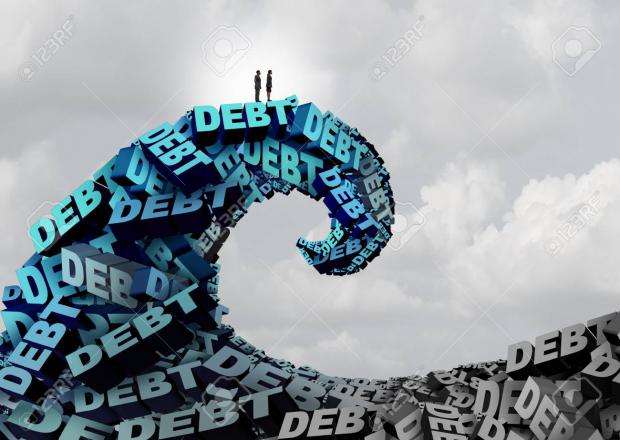 That compares with a $1.5 trillion deficit through the first seven months of fiscal 2020, which included the first round of stimulus checks in April 2020.

Some mainstream media outlets spun the April numbers as good news. Last month's deficit was significantly smaller than the $660 billion shortfall Uncle Sam ran in March as it passed out billions of dollars to Americans. But the US government continues to spend wildly and run up massive debt.

The federal government spent another $664.8 billion in April. That was the second-largest level of outlays in fiscal 2021, topped only by March with the distribution of stimulus 3.0. In fiscal 2021, the US government has spent a staggering $4.07 trillion.

The only thing that kept the budget shortfall from being even bigger was the fact that it was the best month for federal receipts this fiscal year. Uncle Sam collected $439.2 billion in April, primarily due to payments of individual income taxes.

According to the National Debt Clock, the debt to GDP ratio is 127.8%. Despite the lack of concern in the mainstream, debt has consequences. Studies have shown that a debt to GDP ratio of over 90% retards economic growth by about 30%. This throws cold water on the conventional "spend now, worry about the debt later" mantra, along with the frequent claim that "we can grow ourselves out of the debt" now popular on both sides of the aisle in DC.