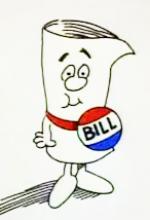 Some of the bills have passed in the House of Representatives but not yet in the Senate, after which they would be signed into law by the respective governors. Some of the topics covered in the bills include critical race theory, 2nd Amendment sanctuary state status, 2nd Amendment rights to carry guns, transgender directives in schools, new voting regulations, so-called vaccines and vaccine ID passports, and Big Tech censorship.

We have listed a lot of new bills by state and subject below, to provide an overview of these positive developments, some of which are firsts for this country.

Be sure to track legislation in your state to see what's being introduced, contact your reps to support or oppose it, and rally to get them to draft bills supporting our rights. The bills below are all positive, however, there is also unfavorable legislation some states are trying to put through, so pay attention and don't turn a blind eye.

There are a lot of bills being introduced on a federal level regarding 2A, so get your state on board as a 2A sanctuary state. There are also a lot pertaining to the so-called vaccines, as well as vaccine ID passports, some positive and some not so positive. You can specifically track those by state, through this site.