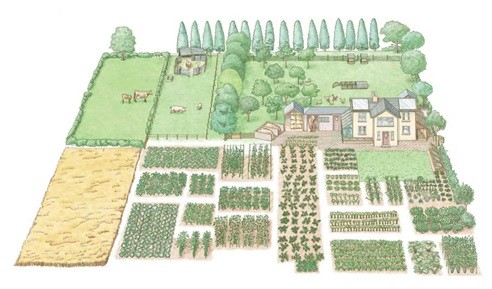 Have you ever considered going "off the grid" but felt as though you did not have enough property or acreage to do it? It turns out you really do not need that much land to grow a considerable amount of food – more than you might think, in fact.

In the following episode of Brighteon Conversations with Mike Adams, the Ohio-based "Resistance Chicks" tell all about how they created an entire homestead on just one acre of suburban land in the Cincinnati area.

What started as just two city girls helping their grandmother weed her garden eventually turned into an "obsession" with living off the land as much as possible. And in today's world, that decision is proving to be timelier than the sister duo probably imagined.

From there, the Resistance Chicks started to delve into the work of Sally Fallon and the Weston A. Price Foundation (WAPF), which taught them the difference between factory-farmed meat and pasture-raised meat – watch below: