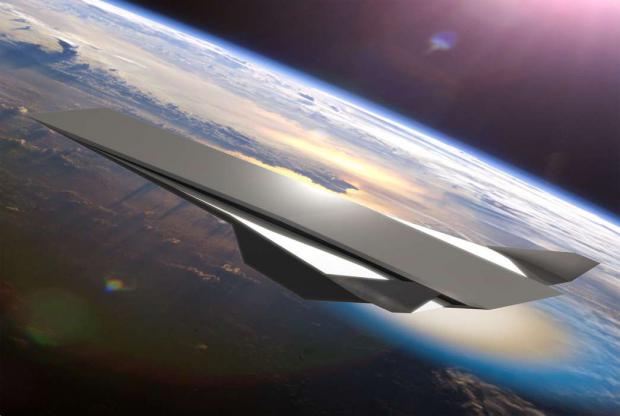 UCF researchers say they've trapped a sustained explosive detonation, fixed in place, for the first time, channeling its enormous power into thrust in a new oblique wave detonation engine that could propel an aircraft up to 17 times the speed of sound, potentially beating the scramjet as a hypersonic propulsion method.

Deflagration – the high-temperature burning of fuel with oxygen – is a relatively slow, safe and controlled way to release chemical energy and turn it into motion, that's why this nice, peaceful form of combustion underpins so much of our transport technology. But if you want to release the maximum possible energy from a unit of fuel, you get far better bang for your buck from... well, a bang.

Detonation is fast, chaotic and frequently destructive. It doesn't necessarily require oxygen, just a single explosive material and some kind of energetic poke big enough to break the chemical bonds holding an already-unstable molecule together. It creates exothermic shockwaves that accelerate outwards at supersonic speeds, releasing enormous amounts of energy.

People have been trying to harness the raw power of detonation – the most powerful form of combustion – for more than 60 years, but putting a bridle on a bomb has proven extremely difficult. Pulse detonation engines create a series of repeated explosions in a manner similar to a pulse jet, and these have already been tested in aircraft – notably in the Scaled Composites Long-EZ "Borealis" project built by the US Air Force Research Laboratory and Innovative Scientific Solutions Incorporated back in 2008.