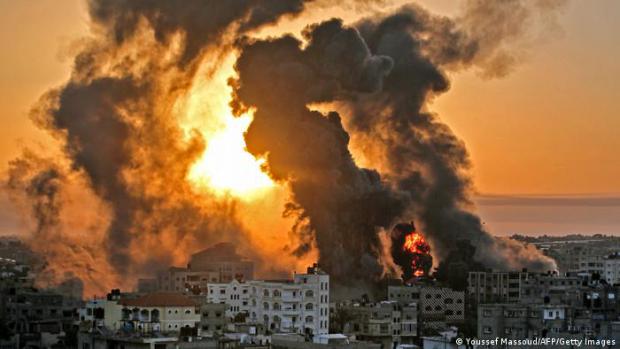 The security cabinet has approved an escalation of military strikes in Gaza, Channel 12 reports. The network says Israel is now expected to strike symbols of Hamas's rule in Gaza, including, for instance, the terror group's Treasury building.

The decision by ministers likely means that the conflict will Hamas will last several days yet.

It's also being widely reported that riots and chaos are breaking out particularly in cities and neighborhoods with a high Jewish-Arab mixed presence.

Tit-for-tat violence is spreading across parts of Israel as rockets from Gaza continue to be launched, and as Israeli airstrikes begin targeting Hamas ministry buildings.

More horrifying scenes like the below appear to be happening by the hour and into the night...

"Shocking footage from Bat Yam shows the lynching of an Arab driver by a Jewish mob this evening," The Times of Israeli reports. "The driver apparently attempted to flee after the rioters identified him as an Arab. He is seen crashing into another car and is then pulled out of the vehicle and beaten by the rioters."

Rioting is breaking out amid increased "revenge" attacks...