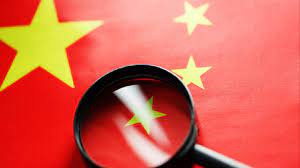 Sharri Markson, at The Australian, has received documents from the US State Department showing that in 2015 Chinese Military scientists were chatting  and strategizing in fairly malevolent ways, about how useful bioweapons could be. As far as weapons-of-mass-destruction go, bioweapons are as cheap as chips, could overrun hospitals, strike fear into the hearts of soldiers and people, and wreak chaos on the economy. Tick, Tick and Tick. These weapons are self replicating, as long we feed them new bodies. Think of them as like miniature F-111s that can disassemble the enemy infrastructure and turn our ploughshares into their F-111s so to speak.

The question for the last year, was not so much whether it was a man-made creation, but whether it was released deliberately or not.   To that end, we don't know, but if a hostile state was going to release it deliberately, you'd think they would aim for somewhere other than "next door" to the virology lab it was created in.

That military chiefs may have been discussing this is not unusual. Probably teams in every major nation have run wargame scenarios with coronaviruses as bioweapons —  the thing that makes this different is that it can be traced to people at or near the top, and no one appears to be pretending to be a good global citizen. It's all in the phrasing…

The paper describes SARS ­coronaviruses as heralding a "new era of genetic weapons" and says they can be "artificially manipulated into an emerging human ­disease virus, then weaponised and unleashed in a way never seen before".

Titled The Unnatural Origin of SARS and New Species of Man-Made Viruses as Genetic Bio-weapons, the document outlines China's progress in the research field of bio-warfare, saying a third world war would be fought using biological weapons.