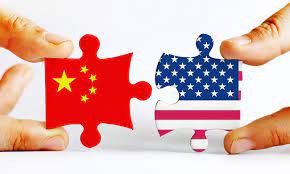 A Joint Status Report released late Tuesday showed the DoD and Xiaomi had agreed to resolve ongoing litigation "without further contest". Xiaomi had sued the US government after the Pentagon placed it on a government blacklist, accusing it of having close ties to the Chinese military, though the Biden administration now believes that vacating that designation "would be appropriate."

"The parties have agreed upon a path forward that would resolve this litigation without the need for contested briefing," according to the filing. A comprehensive "joint proposal" is expected to be filed before May 20.

A Xiaomi spokeswoman said the company is watching the latest developments closely, without elaborating.

Xiaomi sued the government earlier this year after the Pentagon issued an order designating the firm as having ties to the PLA, Chinese military, which would have led eventually to the firm's forceful de-listing from US exchanges and its expulsion from global equity benchmark indexes. The settlement isn't exactly a surprise: An American judge granted Xiaomi an injunction back in March to prevent "irreparable" harm to the company's business on the expectation that the Trump Administration's move would likely be over turned (the ruling also cited the US government's "deeply flawed" process for including it in the ban, according to US District Judge Rudolph Contreras, who oversaw the case ).