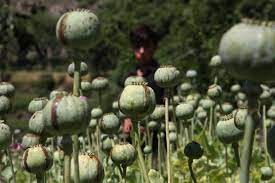 One cannot but feel mildly amused at the theatrical spectacle of the US troop pullout from Afghanistan, its completion day now postponed for maximum PR impact to 9/11, 2021.

Nearly two decades and a staggering US$2 trillion after this Forever War was launched by a now immensely indebted empire, the debacle can certainly be interpreted as a warped version of Mission Accomplished.

"They make a desert and call it peace," said Tacitus – but in all of the vastness of the Pentagon there sits not a single flack who could imagine getting away with baldfacedly spinning the Afghan wasteland as peaceful.

Even the UN bureaucratic machinery has not been able to properly account for Afghan civilian deaths; at best they settled for 100,000 in only ten years. Add to that toll countless "collateral" deaths provoked by the massive social and economic consequences of the war.

All these embarrassing facts disappear under the shadow play of 2,500 "official" departing troops. What really matters is who's staying: by no means just a few out of some 17,000 "contractors," over 6,000 of whom are American citizens.