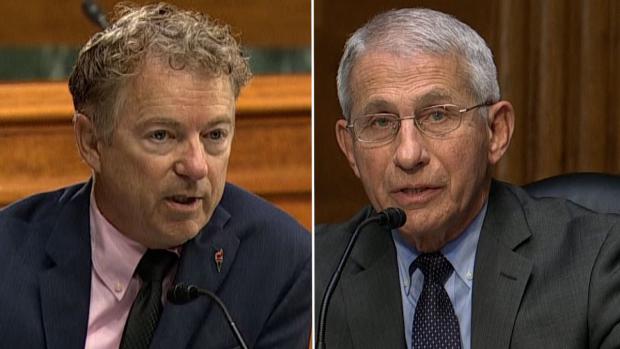 Dr. Anthony Fauci and Senator Rand Paul engaged in an epic battle over the origins of the deadly Covid-19 contagion that has thus far led to the deaths of almost 600,000 Americans.

There are two competing theories of its origins: one is that it emanated from wet markets in Wuhan, China that sold civets, which had contracted SARS-CoV-2 from wild bats. The other theory is that the deadly pathogen came from a world-famous virology lab based in Wuhan, either accidentally, or via some more conspiratorial means.

Fauci and Paul have battled during many Senate hearings before, but this particular tete-a-tete rose to a new level of animus between the two.

Senator Paul opened by signaling skepticism towards the government officials who have promoted the wet market origins, saying that since "millions have died from this pandemic and that should cause us to explore all possibilities." He then added that, in his esteem, "government authorities self-interested in continuing" in a research function "say there is nothing to see here."

He then went on to posit the theory that the Wuhan Lab was more likely responsible for the creation of the coronavirus pathogen, and said "for years one doctor. in the U.S has been collaborating with a doctor from that virology institute," suggesting that Dr. Fauci was aware of and played a role in the development of Covid-19, saying  "this research has been funded by the NIH. The collaboration between the U.S. and the Wuhan Institute continues." Senator Paul ended by asking "Do still support funding of the NIH funding of the lab in Wuhan?