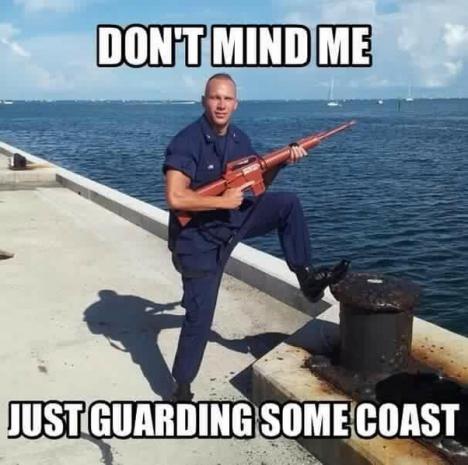 Moreover, they frequently are not engaged in "defensive" missions, but are instead part and parcel of Washington's arrogant force projection around the world.

The traditional missions were not always sensible or achievable ones, to be sure. During the 1920s and early 1930s, Coast Guard cutters were tasked with trying to intercept shipments of liquor trying to reach thirsty consumers in the United States. Not surprisingly, that mission proved to be utterly futile and frustrating. More recently, the Coast Guard (along with other agencies, such as the Drug Enforcement Administration) has pursued a similar quixotic effort to intercept vessels carrying cargoes of marijuana, cocaine, heroin, and other currently illegal drugs. Indeed, the Coast Guard itself boasts that it is "the nation's first line of defense" against drug smugglers.

During both prohibition crusades, such efforts have proven more symbolic than substantive. Authorities confiscate only about 10 percent of the targeted contraband, and bootleggers and drug traffickers simply write-off such losses as part of the normal cost of doing business. Attempts to hype successful intercepts do not change that economic reality.

The Coast Guard's level of success on another missi