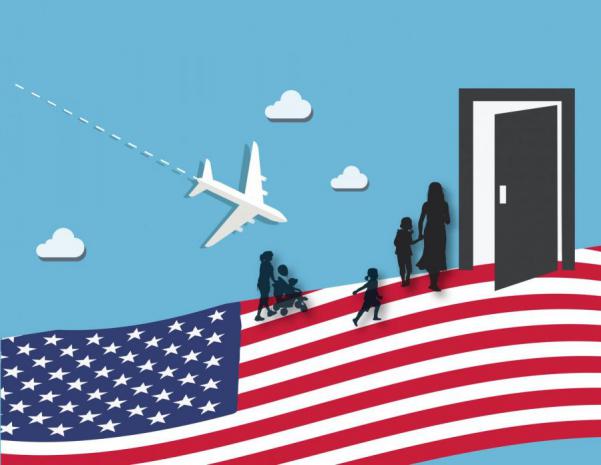 Legalizing illegal immigrants, however, is a far cry from open borders. Open borders entails a complete dismantling of American's immigration-control system, including an abolition of the Border Patrol. It means that people are free to enter into the United States as freely as Marylanders enter the state of Virginia.

Now, it's true that some Democrats favor the federal government's allowing more immigrants to  legally enter the United States. Their argument is that immigrants bring economic prosperity to a country.

An example is a recent article entitled "Immigrants to the Rescue" by John Feffer, an ardent liberal (i.e., progressive) at the Institute for Policy Studies. He argues that despite the laments of many closed-border advocates, Germany has tremendously benefited by the enormous influx of immigrants from the Middle East and Africa. He says that same thing would happen here in the United States. Therefore, he says, the United States should let in more migrants to the United States.

He's not the only one who takes this position. So does Linda Chavez, a conservative who served in the Reagan administration. In an article in today's Los Angeles Times entitled "Want to Expand the Economy and Add Jobs? Increase Immigration," Chavez argues that a key to economic prosperity here in the United States is to let in more immigrants.

While both of them are right and immigrants and prosperity, there is one fundamental flaw that is common to both of them: their devotion to socialist central planning. Notice that their operative term is "let in." In other words, they favor a system in which federal government remains in charge of determining who gets into the country. They just want the federal government to use its immigration-control power to "let in" more immigrants.