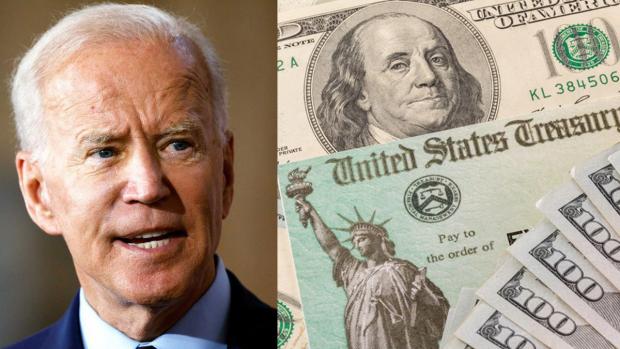 Update (1055ET): Right on cue, just after Minneapolis Fed chief Neel Kashkari admitted that expanded unemployment insurance was keeping workers out of the labor market, contributing to Friday's disappointing employment number, the US Chamber of Commerce released a statement calling for ending the $300 weekly supplemental benefit.

Executive Vice President and Chief Policy Officer Neil Bradley released the following as a statement, saying that while there might have been a time when the benefit was needed, that time has now passed. "Paying people not to work is dampening what should be a stronger jobs market" and is hurting the overall recovery, he said.

"The disappointing jobs report makes it clear that paying people not to work is dampening what should be a stronger jobs market. We need a comprehensive approach to dealing with our workforce issues and the very real threat unfilled positions poses to our economic recovery from the pandemic. One step policymakers should take now is ending the $300 weekly supplemental unemployment benefit. Based on the Chamber's analysis, the $300 benefit results in approximately one in four recipients taking home more in unemployment than they earned working."

While Dems often butt heads with the Chamber of Commerce, the Party and its leader, President Joe Biden, certainly won't appreciate this growing chorus of opposition as they try to order up even more stimulus under the guise of "infrastructure".

In an interview with CNBC, Bradley repudiated a question about whether businesses need to simply raise wages. He noted that wages were actually a bright spot in Friday's report, and that the problem is businesses aren't just competing with each other for workers, but with the government, which is paying workers more to sit at home than businesses can afford to pay them to work.

CNBC's David Faber concluded by affirming that this debate is "far from over".

Elaborating on the issue, Mark Glennon at Wirepoints elaborates on how  the torrent of cash pouring into the economy from both the federal government and the Fed, which are now "joined at the hip" (as former Fed economist Henry Kauffman recently wrote), is contributing to damaging worker shortages and ultimately undermining the recovery, just as the CoC asserts.