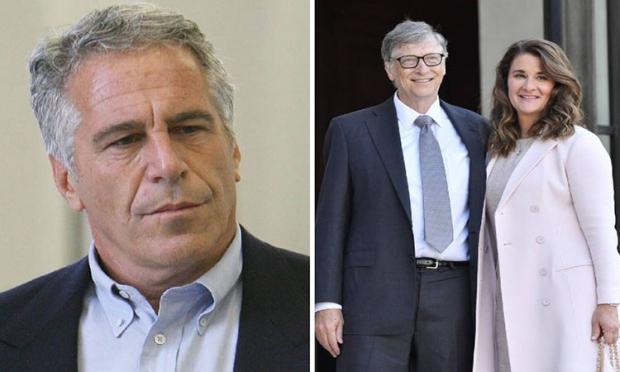 People 'familiar with the matter' tell the Daily Beast, the previously unreported meeting was held at Epstein's Upper East Side mansion in September, 2013, the same day the couple was awarded the Lasker-Bloomberg Public Service award at the Pierre Hotel, where they were photographed with then-Mayor Mike Bloomberg.

According to said 'people', the 2013 meeting would "prove a turning point for the Gates' relationship with Epstein,' with Melinda telling friends after the encounter how uncomfortable she was to be hanging around the wealthy sex offender.

According to the New York Times, Gates and Epstein met at least six times, including visits to Epstein's New York mansion on 'multiple occasions,' staying at least once into the night.

So - the Gates' had no problem traveling across the country to meet with the convicted pedophile - who named Gates adviser Boris Nikolic as a fallback executor in a will Epstein amended just days before his August 2019 death in a Manhattan jail cell.

Now, eight years later, Melinda apparently had a problem with it.

In a 2011 email to colleagues, Gates wrote: "His lifestyle is very different and kind of intriguing although it would not work for me."

A spokeswoman or Gates, Bridgitt Arnold, said he "was referring only to the unique décor of the Epstein residence — and Epstein's habit of spontaneously bringing acquaintances in to meet Mr. Gates," adding "It was in no way meant to convey a sense of interest or approval." Perhaps Gates was taken aback by Epstein's "main hallway that was covered with rows of artificial eyeballs from England that had been made for wounded soldiers" (via the Daily Mail).