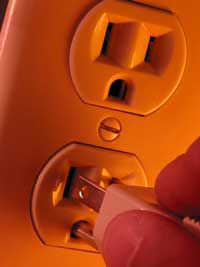 Meanwhile, electricity bills are expected to continue their rise. Some deny there is a link between the two.

A paper by the California Public Utilities Commission released earlier this year identified the state's plans to reduce greenhouse gas emissions by adopting more renewable energy as one big factor for bigger utility bills and expectations for further increases in electricity rates in the coming years.

The report said that while the state's plans to reduce emissions will negatively affect electricity bills, a concerted switch to what the authors call "all electric homes and electric vehicles" could lead to a substantial drop in monthly bills. However, this would require a large upfront investment, which would be impossible to shoulder by medium- and lower-income households.

"In the absence of subsidies and low-cost financing options, this could create equity concerns for low- to moderate-income households and exacerbate existing disparities in electricity affordability," the report said.

But funding such a hypothetical move to "all electric homes and electric vehicles" is only part of the problem. Another part, ironically, is distributed energy systems.

A March report in CalMatters summarized the reasons for Californians' high electricity bills as follows: first, the size and geography of the state make the fixed costs associated with the maintenance of its grid higher than in most other states; second, households with rooftop solar installations don't pay for these fixed costs even if they use the grid. And all this is deepening the divide between wealthy and not-so-wealthy Californians, making electricity increasingly less affordable for the latter.