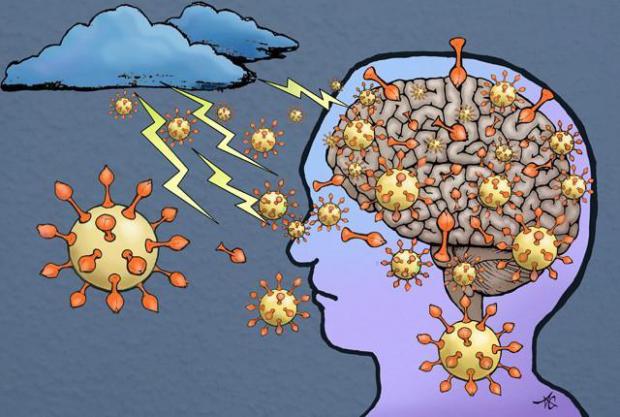 The prestigious Salk Institute, founded by vaccine pioneer Jonas Salk, has authored and published a bombshell scientific article revealing that the SARS-CoV-2 spike protein is what's actually causing vascular damage in covid patients and covid vaccine recipients, promoting the strokes, heart attacks, migraines, blood clots and other harmful reactions that have already killed thousands of Americans (source: VAERS.hhs.gov). Critically, all four covid vaccine brands currently in widespread use either inject patients with the spike protein or, via mRNA technology, instruct the patient's own body to manufacture spike proteins and release them into their own blood. This floods the patient's body with the very spike protein that the Salk Institute has now identified as the smoking gun cause of vascular damage and related events (such as blood clots, which are killing many people who take the vaccines). Put simply, it means the vaccines were designed to contain the very element that's killing people. The false assumption of the vaccine industry and its propagandists is that the spike protein is "inert" and harmless. The Salk Institute proves this assumption to be dangerously inaccurate.

Salk Institute: The spike protein "damages cells" and causes "vascular disease" even without a virus

In an article entitled, "The novel coronavirus' spike protein plays additional key role in illness", published on April 30th, 2021, the Salk Institute warns that, "Salk researchers and collaborators show how the protein damages cells, confirming COVID-19 as a primarily vascular disease." From that article: Now, a major new study shows that the virus spike proteins (which behave very differently than those safely encoded by vaccines) also play a key role in the disease itself. The paper, published on April 30, 2021, in Circulation Research, also shows conclusively that COVID-19 is a vascular disease, demonstrating exactly how the SARS-CoV-2 virus damages and attacks the vascular system on a cellular level. "A lot of people think of it as a respiratory disease, but it's really a vascular disease," says Assistant Research Professor Uri Manor, who is co-senior author of the study. "