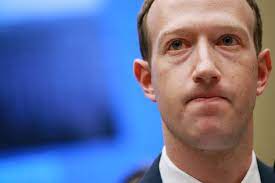 Yes, we know they are private companies. So they can do anything they damn will please, including thanking the Donald for the $160 million of ads his campaign bought from Facebook in 2020 by kicking him off the platform.

But this isn't really about free speech narrowly; it's about the malign societal impact of free money from the Fed and the manner in which the vastly overvalued companies in the tech space have enabled the callow wokesters who run them to subordinate profit-maximization to left-wing virtue-signalling.

After all, there is not a snowball's chance in hell that YouTube, Twitter or Facebook were losing customers, revenue and profits owing to the Donald's massive presence in social media. The Trump haters were always free to not follow or unfollow him, or to trash his posts if that's what got their jollies off; and the Trump lovers in their tens of millions actually brought massive incremental traffic to these platforms, and therefore positive ad metrics, revenues and profits.

The abrupt, nearly simultaneous canceling of the Donald's privileges by all three platforms on the afternoon of January 6th, therefore, is surely a trifecta of the dumbest business decisions of all time. And if it weren't for the political correctness of the matter, it would make for a classic Harvard Business School case study (which won't happen) on the corporate harm that results from elevating the extraneous divertissements of corporate executives over the dollars and cents of business advantage.