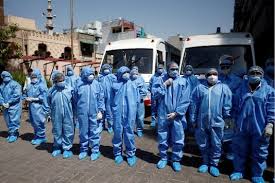 All along I have assumed that there is some such antidote, with which Fauci/Gates
and all their masters and familiars "stay safe" while their pathogens kill off the rest
of us; and here, apparently, it is.

Dr. Judy Mikovits (1 min. MP4 is attached) has revealed that the medical establishment has known all along about the antidote to the contagion – a contagion that is now being seen today by thousands of people who have not taken the serum, but have merely come in close proximity with others who have taken the jab.

(The word "serum" is being used here since, evidently, the way to avoid taking the jab is to say "I am allergic to the serum".)