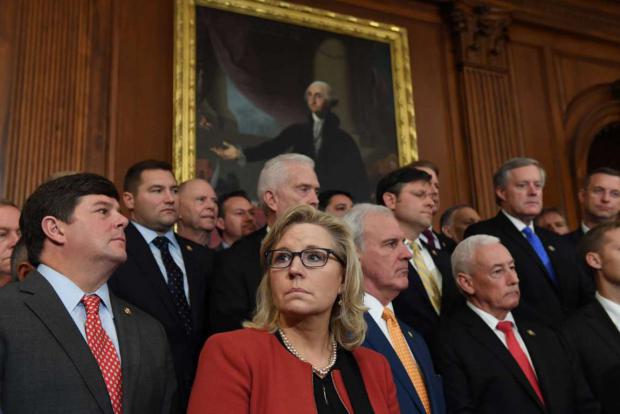 The refusal to accept reality, she realized, went much deeper.

When staff from the National Republican Congressional Committee rose to explain the party's latest polling in core battleground districts, they left out a key finding about Trump's weakness, declining to divulge the information even when directly questioned about Trump's support by a member of Congress, according to two people familiar with what transpired.

Cheney was alarmed, she later told others, in part because Republican campaign officials had also left out bad Trump polling news at a March retreat for ranking committee chairs. Both instances, she concluded, demonstrated that party leadership was willing to hide information from their own members to avoid the truth about Trump and the possible damage he could do to Republican House members, even though the NRCC denied any such agenda.