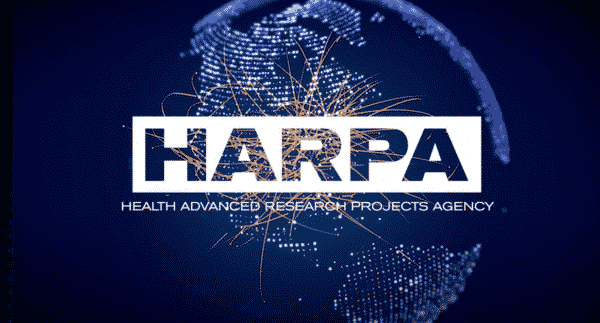 This is a must-read article. Note that former Google CEO Eric Schmidt, is right in the middle of HARPA (actually, the acronym is ARPA-H but "HARPA" is more easily pronounceable.) Also note that the HARPA initiative started under the Trump administration but is being implemented by Biden.

HARPA is the Holy Grail of massive, ubiquitous surveillance seen by Technocrats as necessary to control society according to their "science of social engineering." What if you don't want to be scientifically engineered? Read on… ? TN Editor

A "new" proposal by the Biden administration to create a health-focused federal agency modeled after DARPA is not what it appears to be. Promoted as a way to "end cancer," this resuscitated "health DARPA" conceals a dangerous agenda.

Last Wednesday, President Biden was widely praised in mainstream and health-care–focused media for his call to create a "new biomedical research agency" modeled after the US military's "high-risk, high-reward" Defense Advanced Research Projects Agency, or DARPA. As touted by the president, the agency would seek to develop "innovative" and "breakthrough" treatments for cancer, Alzheimer's disease, and diabetes, with a call to "end cancer as we know it."